As a consumer, you may not be aware of how important color selection is in the products that you purchase.  Everything from Automobiles to vacuum cleaners, soup cans to dishwashers, lawn furniture to building facades, everything needs a color.

Millions of hours and millions of dollars are spent on the creation of colors. Trends are largely determined by colors.  Marketing effectivness is based on color. Color sends a message. It inspires excitement, nostalgia, creativity and intellect.  Take a look around at the colors in your life.  If the items that you see were manufactured by humans, the color was a conscious decision…often a decision that was agonized over.

With all that being said, it’s not surprising that color is big business and as such many many people dedicate their lives to the discipline of color.

One such group is the Detroit Colour Council.  With membership drawn from virtually every major industry, there is an endless list of color related issues on which to discuss, share, compare and brainstorm.  Luckily DCC hosts quarterly syposiums designed to bring innovators and decision makers in the world of color, together.  Read on to get the latest information from DCC for their upcoming March 2020 event. 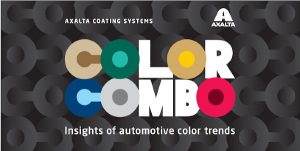 Nancy’s presentation will cover Automotive color trends for the vehicles of tomorrow:
See how the combined relationships of coatings formulation, color technology, color forecasting and color popularity portray color combinations that are trending in the automotive industry. Both technology and personal preferences are driving an array of color selections for the global automotive market. Colors are exhibited in side by side comparisons in “Color Duos”.

Her distinguished color career began in color formulation and development at Axalta’s technology center. There, she received hands-on experience designing and applying colors.  Her knowledge in coating science and respect for nature have influenced her view into automotive color inspirations.

Nancy leads a team to release Axalta’s global color trend report and Axalta’s Automotive Color of the Year. As an automotive color historian, she has knowledge coatings technologies and trends and works to publish Axalta’s Global Automotive Color Popularity Report.

Supporting the future of the industry, Nancy works with students that strive to work in automotive, including those attending Drive One tech center and is a supporter of the Michigan Science Center. She holds a Bachelor of Science degree in Environmental Studies and Earth Science from Western Michigan University and is a member of the editorial advisory board for Paint & Coatings magazine.

John will be presenting his Man in the City Sculpture Detroit Project:

Isolated against the sky on Detroit/Windsor Skyline where buildings rise up on either side of the international waterway, these still and silent sculptures look out on the horizon, highlighting the significance of the architecture. The viewer is posed with the question, What can those figures actually see, how many more sculptures are out of sight, quietly witnessing events beyond our view? The Man in the City sculpture project engages the desire to look at familiar places in a new way. The intention is to get the sculptures as visible as possible against the sky, allowing each sculpture to be seen as a figure against backdrop of the city, entering in and out of visibility to those walking the streets.

John Sauvé, born in 1963 in Detroit, is an American artist and arts educator. His medium is sculpture and printmaking and has achieved national and international recognition. He was awarded a grant from the Marc Ecco Foundation for his work Man in the City, the first public sculpture exhibit installed on the Highline in New York City. John Sauvé studied art history at Michigan State University. After finishing his studies, he spent a year traveling through Europe continuing his education in art history. He then returned to Detroit to work for the Michigan Commission on Art in Public Places where he oversaw the installation of public art for the Percent for the Art Program.  He concluded his studies with a degree in Arts Administration at Michigan State University.

John Sauvé references philosophy, literature and history by approaching the human figure with an idealized representation.  Borrowing from Heidegger’s concept of “Dasein”, Jung’s interest in the shadow and the Faustian Legend, Sauvé’s sculpture is as much about the figure as the shadow it cast. This relationship highlights his interest in the question of being and the covenant the individual will make to exist. Sauvé challenges the viewer by presenting the figure in public spaces utilizing the environment as a way to question what it means to existence and relationship between the individual and the collective.

John Sauvé’s work has been exhibited in such high-­‐profile venues as the VeniceBiennale, Governor’s Island, the International Sculpture Exhibition in Chicago, Krasl Sculpture Biennale, The Highline, Art Chicago, Elon University Sculpture, Knoxville Sculpture, Birmingham Cityscapes, Delta College, The Ella Sharpe Museum, The Krasl Museum, Cliff Dwellers Chicago, EXPO Chicago, The Brighton Biennial and Millikan Park. John Sauvé’s sculptures have been or are currently displayed in numerous public spaces in the US, as well as in England, Canada, Germany, Japan and Italy. 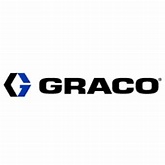 GM expects profits to be positive for the foreseeable future while Stellantis is a bit more cautious on its second quarter projections due to the global semiconductor shortage.  Read more…

In the wake of government announcements by Prime Minister Yoshihide Suga, that Japan will aim to cut emissions by 46% by 2030, Honda officials announced that their goal will to be an entirely EV automaker by 2040. Read more...

While most automakers are going “all-in” on Electric Vehicles, Toyota is also keeping an ace up their sleeve in the form of Hydrogen powered platforms. Read more…

U.S. employers added 1.4 million jobs in August and the unemployment rate fell to 8.4%, the Labor Department reported Friday, as the economy continued to rebound from the coronavirus pandemic.   Read More...

General Motors Co. and Honda Motor Co. said Thursday that they have signed a memo of understanding to form a North American automotive alliance that may include a range of vehicles sold under both brands and further cooperation in purchasing, research and development and platforms. Read more…

The Grand Wagoneer, one of Jeep’s storied nameplates, is being resurrected as a tech-laden, plug-in hybrid concept that includes the industry’s first passenger infotainment screen in an SUV. It is expected to arrive at dealerships next summer, along with the mainstream Wagoneer. Read more…

Rivian has Tesla in Sight

Rivian is making a big splash in the world of Electric Vehicles.  Should Tesla be concerned?  Perhaps. Read More…

The 2021 Cadillac Escalade is a stunner that can still get dirty.  Read More…